admin
Pattadakal, ಪಟ್ಟದ್ಕಲ್ಲು, UNESCO World Heritage site Pattadakallu, Raktapura, Malaprabha River Bagalakote Karnatak Tourism in Kannada vlog ಕನ್ನಡದಲ್ಲಿ
Pattadakal, also called Paṭṭadakallu or Raktapura, is a complex of 7th and 8th century CE Hindu and Jain temples in northern Karnataka (India). Located on the west bank of the Malaprabha River in Bagalakote district, this UNESCO World Heritage site[1][2] is 14 miles (23 km) from Badami and about 6 miles (9.7 km) from Aihole, both of which are historically significant centres of Chalukya monuments.[3][4] The monument is a protected site under Indian law and is managed by the Archaeological Survey of India (ASI).[5]

UNESCO has described Pattadakal as "a harmonious blend of architectural forms from northern and southern India" and an illustration of "eclectic art" at its height.[2] The Hindu temples are generally dedicated to Shiva, but elements of Vaishnavism and Shaktism theology and legends are also featured. The friezes in the Hindu temples display various Vedic and Puranic concepts, depict stories from the Ramayana, the Mahabharata, the Bhagavata Purana, as well as elements of other Hindu texts, such as the Panchatantra and the Kirātārjunīya.[2][6] The Jain temple is only dedicated to a single Jina.[7] The most sophisticated temples, with complex friezes and a fusion of Northern and Southern styles, are found in the Papanatha and Virupaksha temples.[8][9] The Virupaksha temple is an active house of Hindu worship.
Google map location: https://goo.gl/maps/y167vYsTK1sBGoYy5
Contact me on: sudeeshkottikkal@gmail.com 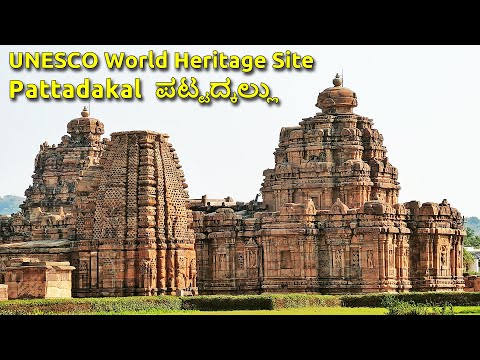