admin
The Kennedy Center Honors are given annually to select performing artists for their lifetime of contributions to American culture. This year, we honor a comic genius who has enriched us all. Our national treasure: Dick Van Dyke.

In an unparalleled career that has spanned more than seven decades and earned him five Emmys, a Tony®, a Grammy®, a BAFTA, the SAG Lifetime Achievement Award, induction into the Television Hall of Fame, recognition as a “Disney Legend,” a star on the Hollywood Walk of Fame, and the adoration of generations of fans, Dick Van Dyke has remained one of the most popular and beloved performers in show business history

The 2020 Kennedy Center Honors, which traditionally is held in early December each year, was postponed until May 2021 due to the ongoing effects of the COVID-19 pandemic. Utilizing the expanse of the Center’s campus along with virtual events, the 43rd Honors will be re-envisioned and presented in a scaled-back and intimate format aesthetically representative of the distinct time the world is living through. 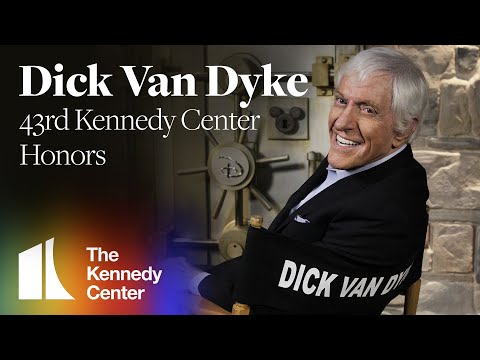 The Kennedy Center Honors are given annually to select performing artists for their lifetime of contributions to American culture. This year, we honor...