admin
C Webb is in the building! He’s the man who’s always been at the center of the culture – from his star-studded AAU team to the legendary Fab Five years to his 15-year run in the league. The Midwest legend begins by breaking down his insanely stacked AAU teams and explaining the wild Midwest basketball culture he thrived in while growing up. Then it’s all about Michigan and the Fab Five. The boys who defined college basketball at the time. He gets into the baggy shorts and the buzz cuts, what that ride to fame as a group of college friends was like, and how painful it was experiencing losses in back-to-back championship games. Then he chats post-college, how his mother creatively helped him get over The Timeout, and how the draft process saw him through some hard times. From there, the guys take turns imagining what a C Webb-Shaq duo would’ve done to the basketball world, and Chris gives the backstory of why Shaq pushed for Penny Hardaway. It all worked out, as C Webb linked up with part of Run TMC in Golden State and snatched Rookie of the Year. He goes on to explain his Godfather-like contract, which allowed him to be a free agent after his first season, and what sent him to the East to reunite with Juwan Howard in D.C. The guys then get into C Webb’s finding out that he’d been traded to Sacramento ... while in a grocery store, and why he was so adamant about not wanting to play there. Things changed fast, though, as teammates made him love it there and his arrival led to the Kings’ most successful stretch. C Webb then touches on the final years of his career, what it was like to play with AI in Philly, and what he’s been doing since he retired, including growing his collection of African-American artifacts and teaching a master’s class at Wake Forest. We see you, Professor! C Webb has truly done it ALL. From the game of basketball to the game of life, Chris Webber is a hands-down inspiration. Tune IN!

About The Players' Tribune:
Welcome to The Players’ Tribune, a media platform that presents the voices of professional athletes, bringing fans closer to the games they love than ever before. Founded by Derek Jeter in 2014, The Players’ Tribune aims to provide unique insight into the daily sports conversation and publishes first-person stories directly from athletes. From video to podcasts to player polls and written pieces, The Tribune strives to be “The Voice of the Game.” 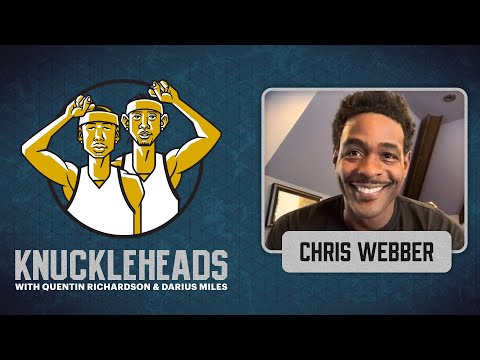 C Webb is in the building! He’s the man who’s always been at the center of the culture – from his star-studded AAU team to the legendary Fab Five year...